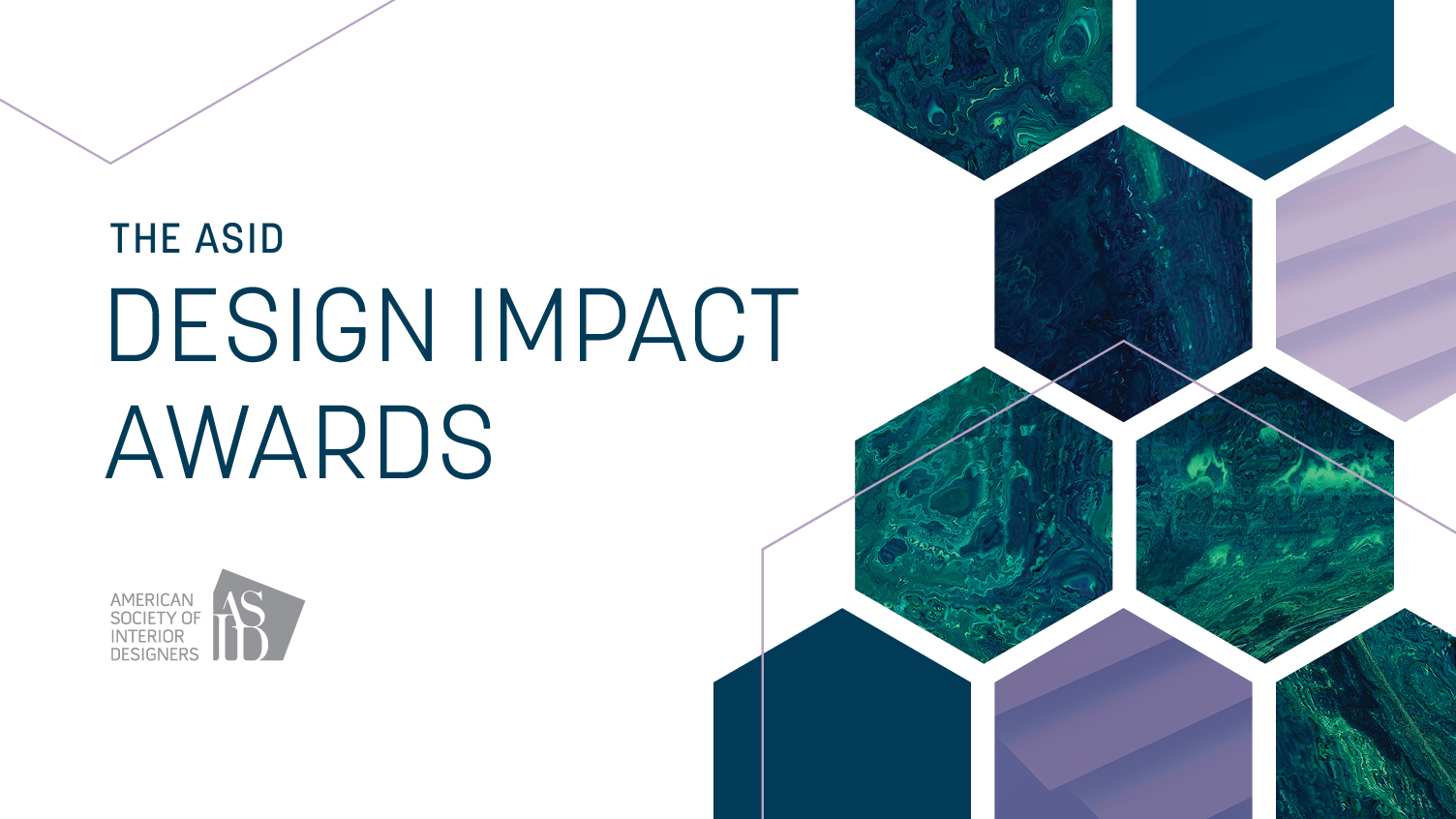 The ASID Design Impact Awards Program recognizes innovative products that put people and/or the environment at the center of design intent.

The winning products will be featured by exhibitors at one or more of the following trade shows owned by Emerald Expositions:

Winners will be announced at the trade show in which the product is entered. The award winner will receive a certificate to display throughout that show and at other Emerald shows where the product will be featured within the calendar year.

At the end of the year (December 19, 2019), a press release will be issued announcing the overall winners from among all seven shows. 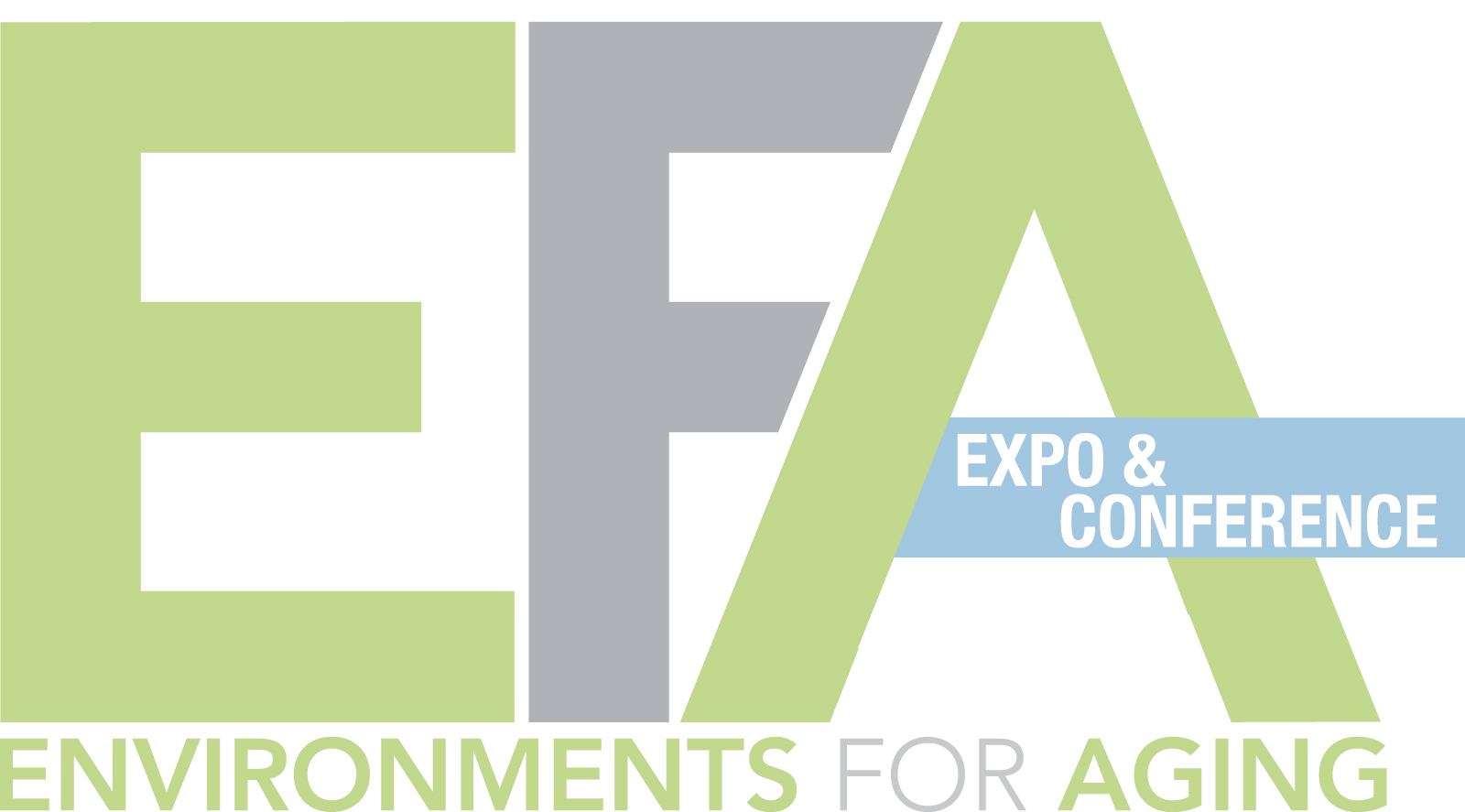 Tarkett believes in placing people in the center of every space, and designed the Garden Walk Collection for the human experience of the aging population, based on the evolving needs of this next generation. Using soft nuance and fluid movement, this warm array of color and pattern gently alludes to organic materials from the outdoor environment and embraces the imperfect beauty of the natural world. Each sophisticated design carries deep, soothing tones that create a tranquil atmosphere that lends itself to feelings of well-being for senior living spaces. Inviting, reflective, and restorative, these spaces are designed for the overall wellness of body, mind and soul. 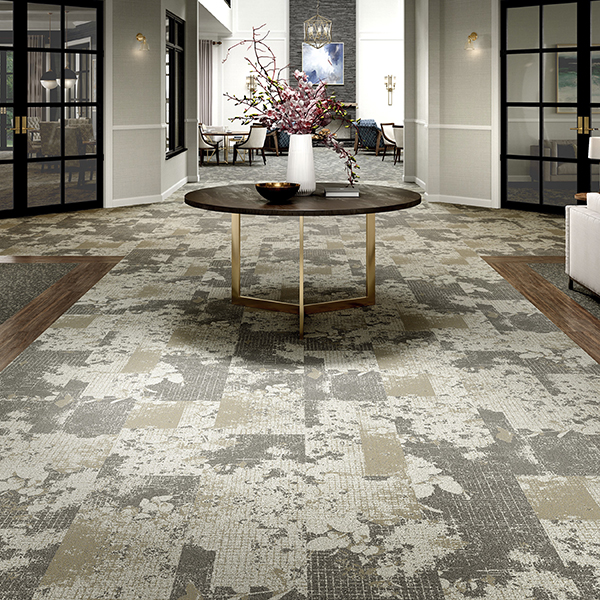 Building and remodeling projects to make homes more aging-friendly have boomed in recent years. And no wonder. The 74-plus million members of the baby boom generation — whose youngest members will turn 55 in two years and oldest members are already in their 70s — make up the largest portion of the nation’s homeowners and the second-largest group of homebuyers.

However, surprising as it may seem, these senior homeowners are undertaking changes to their homes not because they anticipate getting older, but because they foresee a time when their lives will change.

A survey conducted last spring by the National Association of Home Builders Remodeling Group found 80 percent of remodeling companies were doing aging-in-place projects, up from 68 percent in 2013. Interviewing local remodelers about the survey, the Detroit Free Press cited the example of one firm that had seen its business from aging-in-place projects increase to 30 to 40 percent of total revenue from just 15 to 20 percent five years ago.

In its second-quarter 2017 Home Design Trends Survey, the American Institute of Architects reported that aging-friendly and multigenerational living modifications were among the most commonly requested special features in residential projects. The NAHB’s most recent 55+ Housing Market Index shows builder confidence remaining positive and optimistic for the 14th quarter in a row.

Housing, building and senior organizations have been expecting the demographic inevitability of the aging of the baby boom generation for the past several decades. With multiple surveys showing that the vast majority of boomers have long planned to remain in their homes in their later years, much has been written about the benefits of modifying the home for aging-in-place.

In anticipation of the “silver tsunami,” professional associations like the National Kitchen & Bath Association and the American Society of Interior Designers established efforts early on to educated their members on the changes that occur with aging and how to design environments to make homes supportive, comfortable and safe for older occupants.

Although it took them some time to warm up to the idea, boomers are now coming round to appreciate the benefits of making some modifications, renovations and upgrades to their homes in response to present and future needs. But not so much, as one might expect, because they have come to accept that they are aging. Rather, it is because their lives are changing, and they want homes that will accommodate those changes.

Findings from this year’s Home Advisor Aging in Place report provide insights that should prove valuable to interior designers and kitchen and bath specialists. One of the difficulties designers have had with selling aging-in-place modifications to homeowners has been the stigma around aging.

Whatever their age, people in general don’t think of themselves as elderly, and they don’t want to think about getting “old,” by which they usually mean infirm or incapacitated. However, they do recognize that changes are occurring in their lives, whether that means no longer having children at home, experiencing some health or mobility issues, entering retirement or observing the needs of caring for an aging parent or relation.

“So, how do homeowners prepare for aging in place when they can’t admit that they’re aging in the first place?” asks the report’s author Marianne Cusato, adjunct associate professor at the University of Notre Dame’s School of Architecture.

“They perform regular maintenance and complete projects to keep their homes in good working order, for starters. And that sets them up to layer on the aging-related projects as their aging-specific needs are revealed.”

The report identifies a seven-phase planning period, which begins typically around age 55 and may continue to up to age 75 and beyond. As homeowners’ physical needs and lifestyles change over time, they move up to the period to add more extensive age-friendly modifications.

The changes usually begin by addressing low-cost, ease-of-use and ease-of-maintenance issues, and gradually move to renovations and upgrades made to improve functionality, safety and mobility. A major motivator for making changes is the experience of watching a loved one struggle to get around their home as they age.

For designers, the big takeaway from the report is that they don’t have to talk to these clients about aging. They just have to know what kinds of modifications and improvements to offer them that will suit the changes in their lives they want to address. It also indicates that there is substantial opportunity to attract clients early on by assisting them with smaller projects and then continuing to help them as their needs change over time.