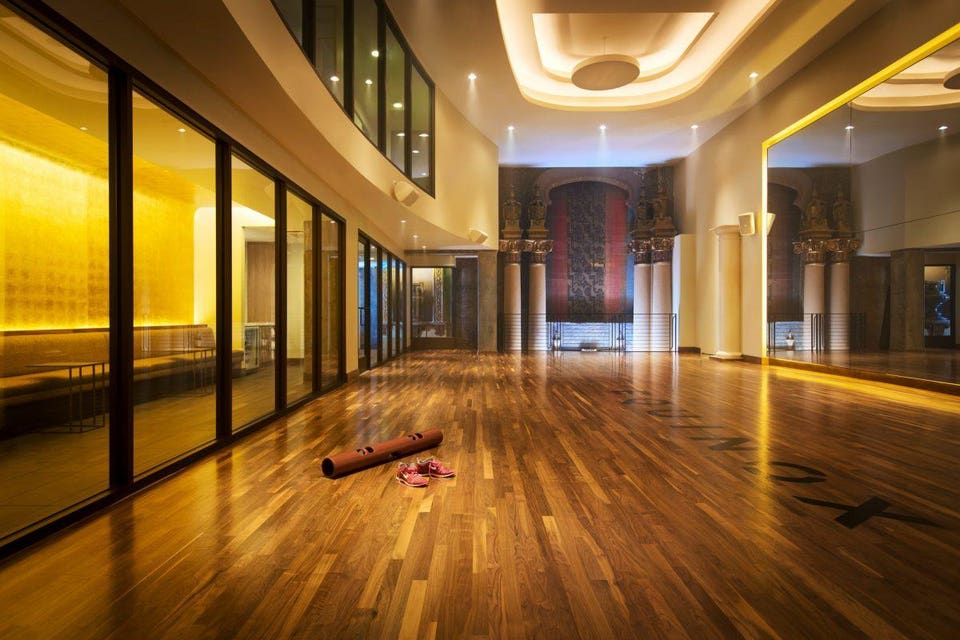 Their Union Street property in San Francisco had to maintain a lot of the historic buildings.

When you think of the top players in architecture and design, skyscrapers, hotels, restaurants, and homes filling the pages of Architectural Digest come to mind. Gyms? Not so much. But that’s precisely what the team over at Equinox is hoping to accomplish.

The luxury sports club broke the mold of the traditional dingy, smelly workout facilities to create a fitness space that was not only high-end but also worthy of competing in a more general lifestyle market. At the helm of that ship for the last decade has been Aaron Richter, Senior VP of architecture and design. It’s his focus on the emotions of the spaces that have helped transform the brand into one of those top players.

The first key difference, Richter noted, was that they’re a real estate company first and foremost. “We develop our real estate, so that means I can influence the design as early as the lease outline drawing,” he said. “It’s a dynamic process that sort of defines the outline of the club. Our development team makes sure that we can make space for that particular community.” 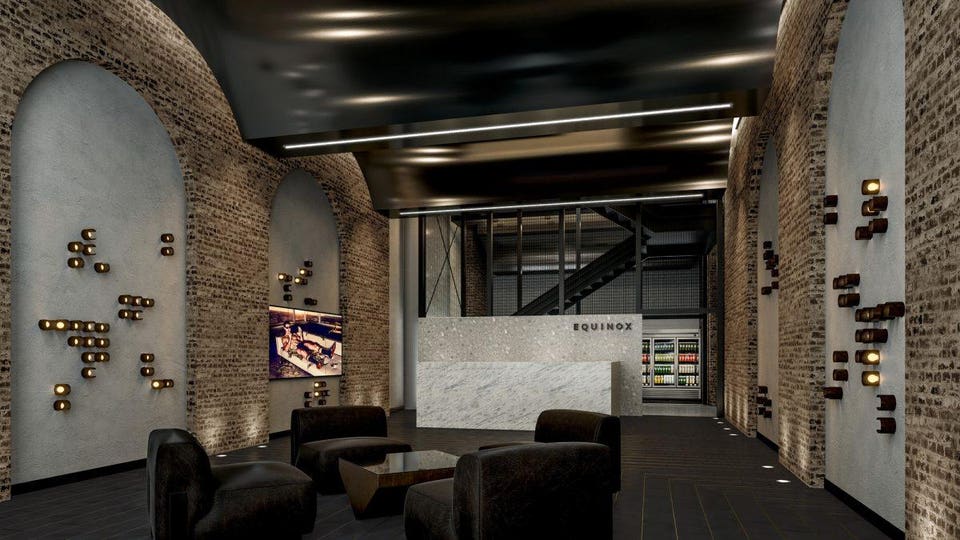 The Bond Street gym is meant to feel like an artist’s loft.

Unlike other gyms with a cookie-cutter mold across their portfolio, Equinox has a neighborhood focus meaning you will see a broad range of aesthetics across properties. “This is very, very different on purpose,” said Richter.

The 10 Most Dangerous U.S. Cities

Civic NationVoice:How One Courageous Act Can Set A Culture Change In Motion

For example, Bond Street is one of the oldest streets in New York and is only two blocks long. While researching the area, the team found that around the time of Andy Warhol there were a lot of artists squatting in buildings. So, the design team used that for to create a place that felt as if you had stumbled upon an artist’s loft.

“It’s about trying to insert those elements from the lighting to the type of metal meshes we use,” said Richter. “It’s also very residential and eclectic, so it looks like pieces of the furniture that you might have dragged off the street. It’s a mish-mosh of different vintages from all over the place.” 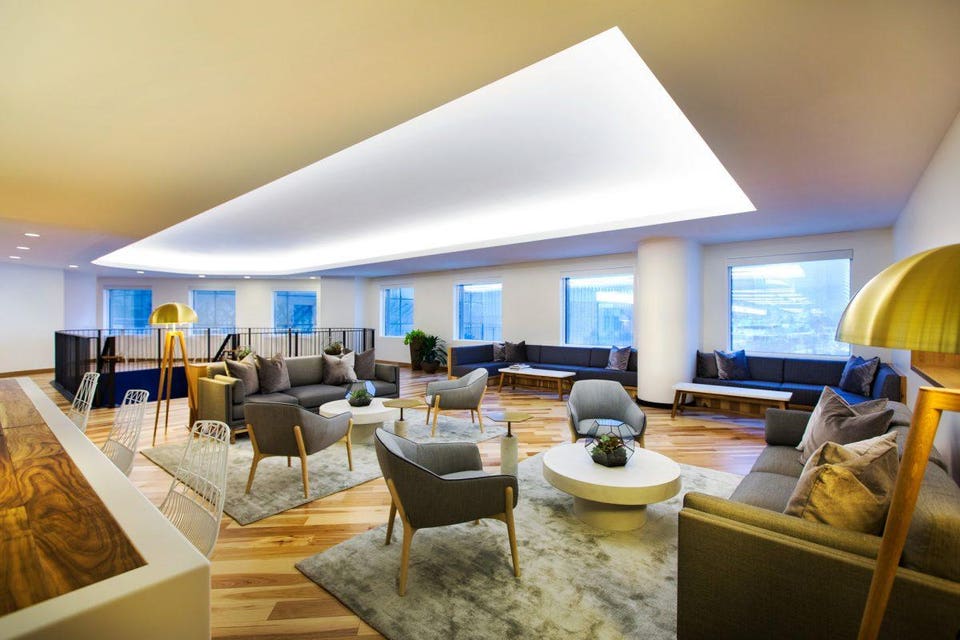 The Brookfield Place property in Manhattan embraces a nautical theme.

On the other hand, Brookfield Place has a great view of the New York Harbor, so there is a very subtle nautical theme. “It goes from a dark lower level to a brighter upper level, much like a ship would,” noted Richter. “And there are subtle cues throughout that remind you of being at the boatyard.”

It’s this attention to detail and style that caused Richter to purposely not hire anyone with experience designing gyms but instead come from a lifestyle background. “We more go for aesthetics and proof of concept when we hire rather than someone who has designed a strength floor,” he said. “The hard part is making them functionally beautiful.”

That balance between design and function was tested on the company’s Union Street property in San Francisco, a project that took nearly eight years to complete. It was a single screen movie theater that was abandoned, and they had to figure out a way to bring natural light into space while maintaining the historic marquee, columns, stage, and 1920’s historic mural on the interior. 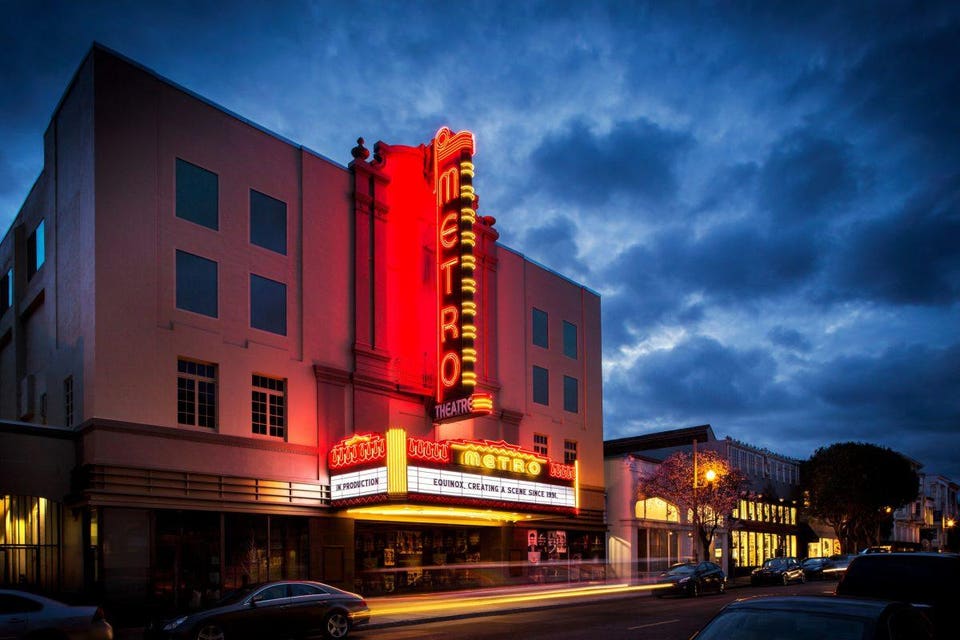 Their Union Street property in San Francisco took over seven years to complete.

“They left the popcorn and gave us the keys,” said Richter. “But we had to convince a passionate community to let us make changes like putting in a skylight. We made it work and were able to restore the marquee, murals, and even maintain the art deco style. I don’t believe anyone else could have done it.”

In fact, the Equinox design team works with historians often to make their gyms both stand out and blend in with a community. For their Kensington gym in London, they were required to embed a historian into their project team. And for other locations, they’ve consulted with arborists to ensure any nature requirements are met and community boards to understand the day-to-day life of the locals. “We have got quite a bit of specialty we have worked with over the years.” 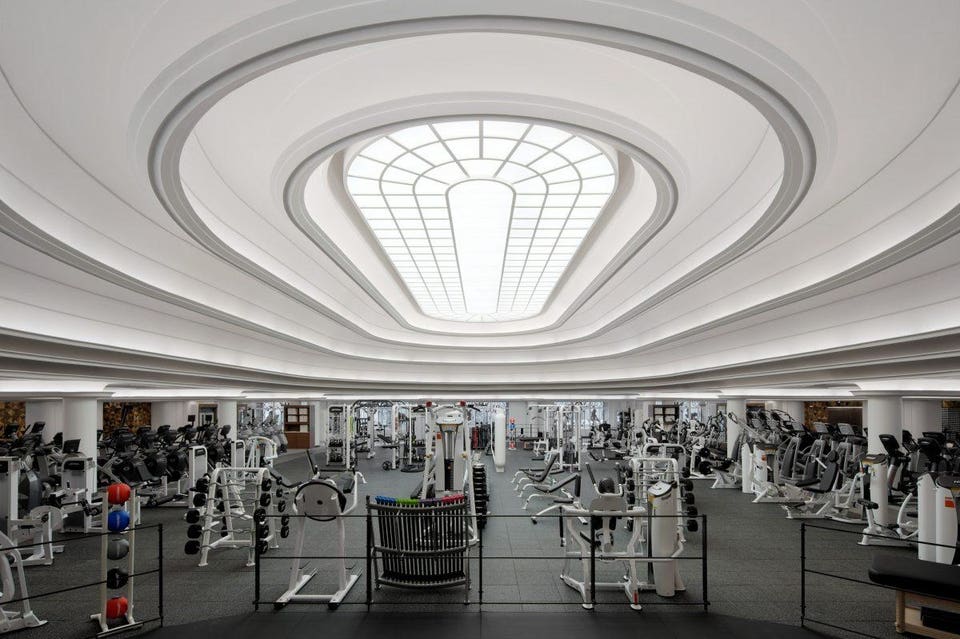 The team worked with a historian for the Kensington property.

It’s this dedication and attention to detail that Richter hopes will not only get the recognized as a top gym but also a competitor in the larger design market. “People are getting bombarded from a design standpoint,” he said. “You are having dinner at a restaurant that is very well designed, and your home is probably very well designed. So, you have a level of design standards in your life. Why should your health club be any different?”

He added, “We know we need to keep up with that to maintain this luxury positioning.”

Moving forward, the design team will seek to up their game when it comes to finding interesting buildings and creating unique spaces. They will also focus more on creating a “living room moment” or a place for members to socialize pre-and post-workout. 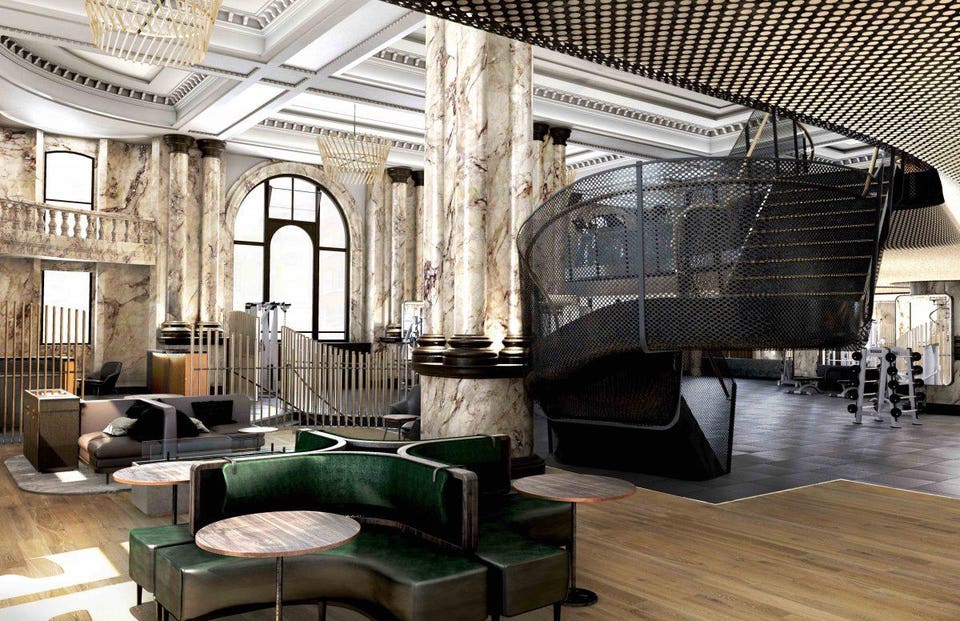 The new St. James property in London upped the ante on their community space.

“People want to get a massage an hour after their session. So, why can’t they have space just to stay and catch up on emails,” said Richter? “We want to provide better facilities for you to do that.”

Since 2013, their average square footage for lounge spaces has gone from 100 to 200 square-feet to 450 to 700 square feet. This number will go up so long as there is a demand from members. “What we are finding is that the fitness community organically grows,” said Richter. “These people are like-minded. So, if you provide them space, they will congregate and create a community.” 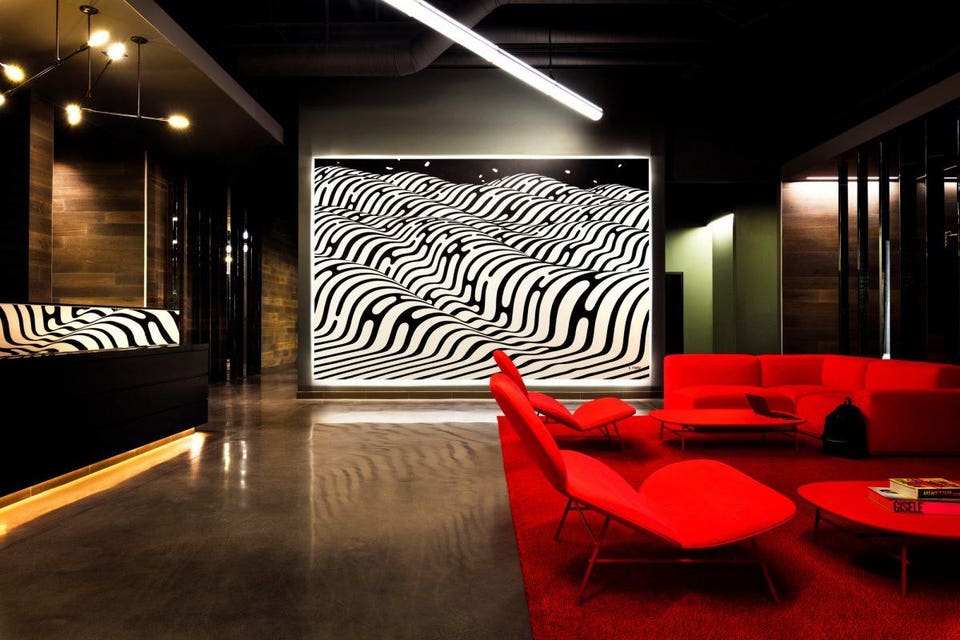 The Hollywood club blends right into the neighborhood.

This point was proven when Equinox opened their largest community space (920 square feet) at their Union Street location in San Francisco in 2014. They found it was the most actively used with at least 40 people working in the lounge at any given time.

It’s this community that has allowed the brand to spur off shoots like Blink, Equinox Project, and the highly-anticipated Equinox Hotel. “The design that we have done or the last 10 years has given us permission from our members to get into other spaces,” Richter concluded. “And I think you will see more of that out of us as all of our concepts together.”

This site uses Akismet to reduce spam. Learn how your comment data is processed.